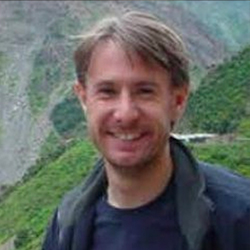 James McDougall’s research interests are in Mediterranean, Middle Eastern, African, and modern Islamic history, especially modern and contemporary North Africa; and modern France and the French colonial empire (18th-20th cents.). His first work focused on the intersection of Islamic modernism and nationalist politics in colonial Algeria, and he continues to work on colonial and contemporary North African, and especially Algerian, history and politics. McDougal also has a broader interest in the social, political, and intellectual history of the Arab world, and especially in Arabic/Islamic conceptions of history. Since 2008, McDougal has been involved in a series of workshops on Arabic historiography, ‘Arabic Pasts’, organized in partnership with colleagues at SOAS and the Aga Khan University-Institute for the Study of Muslim Civilizations, London. His current research is divided between two projects, one on ‘the everyday life of colonialism’ and the aftereffects of empire in France and Africa, and another on the global history of Islam since the eighteenth century. He is also interested in historical methodology, the intersections of history and critical theory, and comparative historiography. McDougal has been involved in several international research networks, on ‘Repression and Control in the Colonial World’ (IHTP, Paris), ‘Reform and the State in the Muslim Mediterranean, 19th-20th centuries’ (IRMC, Tunis), ‘Tradition in the Present’ (KCL), and ‘Reimagining Democracy in the Mediterranean, 1750-1860’ (Oxford).