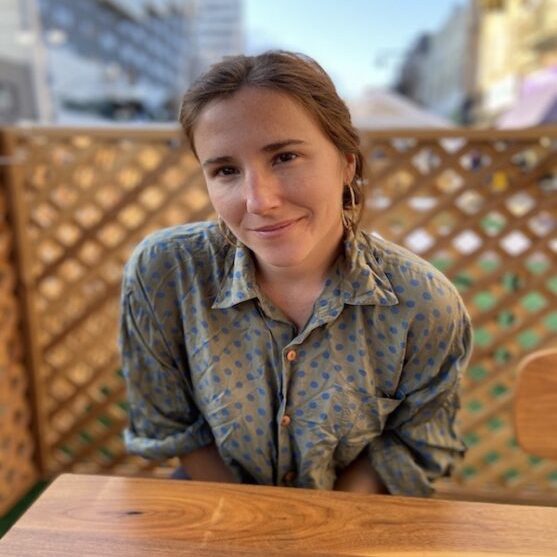 One of her primary goals as a scholar is to break down regional barriers between North African and African studies. To this end, she has published articles on African and American artists’ participation in the 1969 Pan-African Festival of Algiers for Monde(s), World Art and for the Arab Studies Journal. She contributed a chapter that interrogates Moroccan and Luso-African solidarities in the 1960s for the edited volume Visions of African Unity, published in 2021. She was invited to contribute to a roundtable in the February 2020 International Journal of Middle East Studies on decolonization in the Middle East and North Africa. As part of the Maghreb in the Past and Present Series, she has recorded two podcasts, both of which highlight the experiences of Black men and women in the Maghreb. In addition to publishing scholarship, she is dedicated to the construction of free and accessible archives. Many of her interviews with men and women who participated in the 1969 Pan-African Festival of Algiers are featured in the PANAFEST digital archive, a public history project directed by the Centre National de Recherche Scientifique in Paris. She is preparing a methodological panel for the 2022 MESA meeting, which will bring together scholars of the Middle East and Africa to discuss creating accessible postcolonial digital archives. The panel will give concrete steps to scholars who are interested in leading such projects. This panel is the first step in creating a digital archive of the postcolonial Black Maghreb, and will, hopefully, be published as an edited volume.

Tolan-Szkilnik’s first book, Maghreb Noir: The Militant-Artists of North Africa and the Struggle for a Pan-African, Postcolonial Future is forthcoming with Stanford University Press (May 2023). Maghreb Noir expands scholars’ understanding of Panafricanism geographically, linguistically, and temporally. Based on documents collected in twenty-five archives and thirty-two interviews conducted in five countries, Maghreb Noir explores the personal and political lives of young militant-artists from across the Black Diaspora and Southern Africa who traveled to the Maghreb in the 1960s and 1970s. In the Maghreb, they met Moroccan, Algerian, and Tunisian poets and filmmakers and created a transnational community of militant-artists — a network Tolan-Szkilnik calls the Maghreb Generation. Collectively the Maghreb Generation fought against neo-colonialism and the authoritarianism of Middle Eastern and African states and created a culture independent from these postcolonial nations. Rather than focus on top-down political projects, Maghreb Noir uncovers the lost history of collaboration at the grassroots level between artists from across the globe, using oft-overlooked sources in French, Arabic, Portuguese, Spanish, and English.