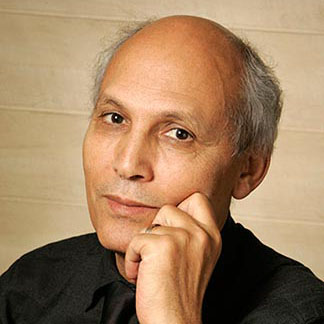 Abdellah Hammoudi was Professor at the Mohammed V University in Rabat, Morocco, and the first holder of the Faisal Visiting Professorship at Princeton. He was the founding director of the Institute for the Transregional Study of the Contemporary Middle East, North Africa, and Central Asia. Professor Hammoudi has done extensive work on the ethno-history of his native Morocco, fieldwork in Morocco, Libya and Saudi Arabia, as well as participated in major development projects in these three countries. His most recent book, Une saison à la Mecque, published by Le Seuil, Paris, in 2004, was translated into English: A Season in Mecca, Hill and Wang, 2006, as well as in several other languages including Arabic, Dutch, Italian and German. Two other books published in French were translated into English: The Victim and Its Masks, Essay on Sacrifice and Masquerade in Maghreb (1993), and Master and Disciple, The Cultural Foundations of Moroccan Authoritarianism in Comparative Perspectives(1997), both published by University of Chicago Press. More recently, he edited Democratizing the South Shore, Between Persuasion and Invasion, in French, CNRS, 2007. His publications include books on agrarian policy and the relation of tribal organization to religion. He has also participated in the production of several films for television based on his ethnographic work. He teaches courses on Islamic movements, Middle East society, colonialism, French ethnographic theory, and political anthropology.